Browsing and editing a file in the UniMath source tree

Once you have installed UniMath, you can start browsing and editing the source files. There are several programs to interactively edit and step through the files, among which are

Here, we focus on Emacs/Proof General.

When first opening a file in UniMath/UniMath, you will be asked to apply a list of local variables, similar to the screenshot below. To accept permanently and not be asked again, type “!”. These variables are needed to achieve the automatic setup described below. 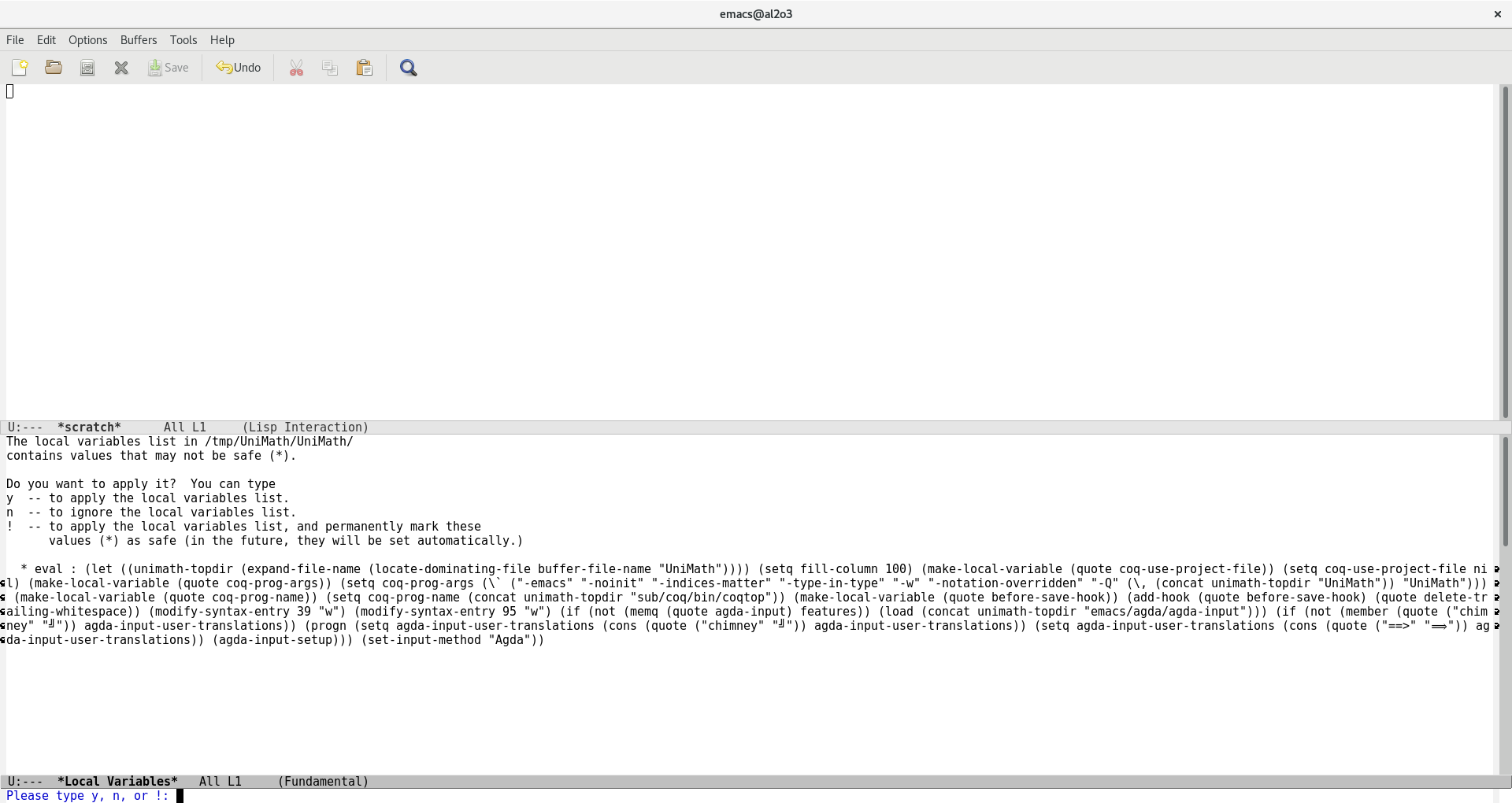 When opening a source file in the directory UniMath/UniMath in Emacs, the following happens automatically.

Items 2 and 3 are achieved through the Emacs configuration file .dir-locals.el located in the subdirectory UniMath/UniMath. For this reason, we recommend you save your UniMath files in this subdirectory as well.

Stepping through a Coq file in Emacs/Proof General

Andrej Bauer has a screencast on using Emacs/Proof General for writing and stepping through a Coq file. (More screencasts are listed on his website.) For following his instructions using his example, we recommend you save the Coq file in the subdirectory UniMath/UniMath to profit from the automatic setup mentioned above. Note that for Bauer’s specific example to work in UniMath, you need to insert the line

at the beginning of the file, since the setup above does not load this library by default when reading a file.

Various special commands for dealing with proof scripts are bound to keys in Proof General’s proof mode. To get a list of such key bindings, type ` C-h f proof-mode RETURN `.

UniMath uses both ASCII and Unicode notation. Below we give an overview of the most important symbols. To see how to input a specific Unicode character, type C-u C-x = (meaning: hold CTRL, then press u and x; release CTRL, press =) while hovering over that character.

Below is a partial list of Unicode symbols and identifiers used in UniMath.